Lawrence Benner squandered his early years as a punk guitarist and chapbook-slinging street poet in the Mission District of San Francisco. He did a decade as a subway musician in ex-Communist East Germany, worked as a zusammenfassung schreiber for the legendary Schaubühne am Lehniner Platz in Berlin, and went on to write, produce, and direct three failed low-budget films for the independent production company Buried Pictures. (In reference to his 2002 film, Ether, actor Willem Dafoe scribbled, "Liked it" on a yellow Post-it note.) Mr. Benner has been a Weeklings contributing editor since 2012, and when he isn’t writing this bio, he can be found hard at work on his debut novel, Memorial World. He lives in Asheville, North Carolina with his common-law wife and three insubordinate cats. 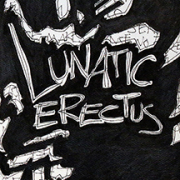 Many are unaware of the restorative power of running with a pack of imaginary wolves. Continue reading → 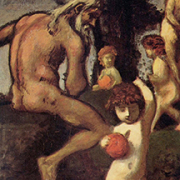 The Island of Apples

Lawrence Benner locates his long lost daughter, and discovers that she is not a pixie living in a thorn bush. Continue reading → 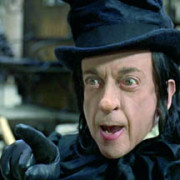 Who Would Jesus Shoe? – Child Evangelism in Public Schools

“We have a biblical obligation and the constitutional right to share the message of Jesus.” Lawrence Benner explores the activities of religious groups in the local elementary. Continue reading → 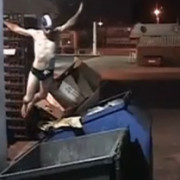 A NUANCED REDUCTION OF HUMAN MISERY

Larry Benner reports from deep in a Dumpster, while embedded with a homeless unit. Continue reading → 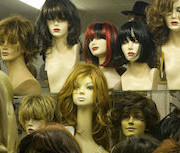 In which Larry Benner dons an Edie Sedgewick toup in the best essay using the phrase “floor pie” you will read all year. Continue reading → 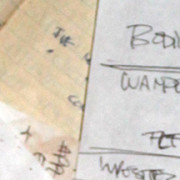 “Her boyfriend is that handsome magical vampire from the past, Edgarton. There’s no way she would ever notice me. I try to sweep my hair all the way across my forehead and listen to Maroon 5, but it’s just no use.” Continue reading → 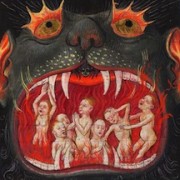 And To All a Good Night

In this holiday trilogy that should be read around the fire, Lawrence Benner brilliantly captures the heart and soul of Christmas. Plus evil, redemption, and the lifting of veils. Continue reading →