← Sunday in the Park with Tim Tate 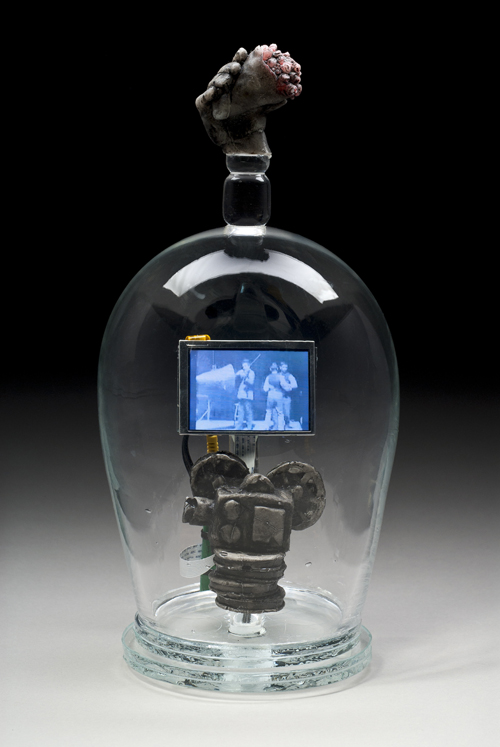 The finial is of a cast glass hand holding a small Victorian bouquet. The video is one of Edison’s early sound tests. It shows 2 men from his lab in Menlo Park dancing to a man playing violin.in a way….its a microcosm of new media. the beginnings of new media begin with edisons films. the way we view these men has changed so much over the last century. these men are long dead….they have great great grandchildren somewhere. when first they danced was it amusing? was it just to provide motion? was it easier for 2 men to dance than a man and woman in victorian times? yet a century later who could have guessed that this simple 3 minute moment would be remembered and seen by millions of people. its seems so sweet now. new media and how we view it has changed almost as much over the same century. They are both locked together for eternity in this one beautiful moment. 18 x 6 x 6 2011