He Has a Glamour Shots Coupon | The Weeklings

He Has a Glamour Shots Coupon

THE MORNING WAS was rich with sunlight and chattering autumn trees. Cool weather meant the zoo animals were surprisingly playful. Elephants walking around, Lions roaring, meerkats meerkatting it up. Things were great until I was reminded about the worst part of parenthood: Your children are a constant source of embarrassment. We were embarrassing to our parents, and our offspring gladly return the favor. It’s a cycle that seems to come with its own amnesia sometime around the plus sign appearing on an EPT test.

Everyone assumes they are different from their parents. We play hipper music in the car and we serve organic smoothies and tell funnier jokes than our mom and dad. We are going to rewrite the book on child rearing. But then you are at the zoo and look down at your kid and realize that book is thousands of years old and you aren’t rewriting a thing. Your son or daughter was put here to make you sweat in public.

“Shit,” I said, under my breath, pushing the stroller toward the giraffes. “We’re matching again.”

My kid and I only own one baby blue article of clothing apiece. Mine is a vintage St. Louis Arch t-shirt. His is a hoodie. Needless to say, somewhere near that existential nexus known as the rhino pen, my cheeks went hot with embarrassment. The Wensink men suddenly looked like benchwarmers for the 1977 Houston Oilers.

Two short years into my kid’s tenure on this earth, I had already stopped counting how many matching-induced panic attacks I’d suffered.

Several times last summer alone we trucked back into the house for quick wardrobe switcheroos due to dueling pieces of plaid. That was only an iceberg tip. Red tops, corduroy jackets, you name it, and we’ve looked like a costume contest in it. The only time this sort of dad-n-lad cutsieness has been tolerated involved seersucker suits on Kentucky Derby day.

Standing just beyond the rhinos, watching our kids play, I quickly confessed to my friend, Jenn, in order to save some face: “I swear I didn’t know we matched when we left the house.” It was important to establish its snafu-ness, lest anyone think this is some sort of preplanned family bonding moment, like matching airbrushed shirts at Disney World. 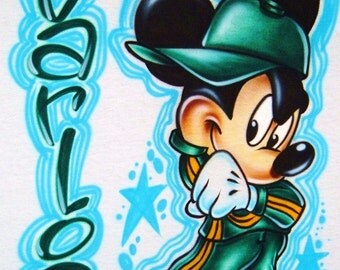 He has no fashion sense.

He has a Glamour Shots coupon.

Jenn said she and her son do the same. Just that morning, in fact, they were clad all in black and resembled some sort of mime troupe. It was a good laugh. It made me feel less ashamed. But not entirely.

After the zoo I began asking other parents about their experiences matching their little ones. Based on a straw poll, it seemed most subconsciously commit these fashion faux pas. Which provided a little more relief. Though, to be fair, nobody else shared my deadly phobia of sky blue.

It somehow became my duty as a responsible father to look closer at this phenomenon. Poke a stick at my fears. Shine a light into its eyes and slap it a couple times. I began asking myself difficult questions, like what is it, exactly, that makes my kid and I end up looking like a pairs figure skating team?

More importantly, why do I care so much what others think?

Enter Dr. Thomas Orkowski, a psychologist with over 40 years’ experience working with family and parenting issues. Thankfully, Dr. O also possesses an amazing well of patience for neurotic fathers with poor fashion sense. He didn’t blink when asked what my dad-n-lad matching phobia was called.

“This particular behavior,” he said “is not one that I or any of my colleagues have given a lot of attention to.”

Damn, I thought, I’m dealing with a mystery malady. Fair enough. They didn’t have a name for polio at one time and we ended up stamping that baby out like an endangered owl. I continued onward, quizzing Orkowski on why parents—I’m not naming any names here—accidentally dress like Smurfs in public? I mean, isn’t that some sort of Rorschach test for deeper psychological troubles or something?

Again, the good doctor eased my anxieties. “As we go through life, we tend to develop our style in terms of how we see ourselves, what we are comfortable with and what our cultural or social group views as the norm. And we believe that if it’s true for us, it is for our children as well…not just in terms of fashion but culturally, morally, politically, etcetera.”

Essentially, what’s good for the goose is good for the perpetually nervous dad-gander. These were far from the cut and dry answers I’d hoped for, but they were strangely comforting.

Next, I hit him with the biggie. Board up the windows and slip into a rain slicker, it was officially hurricane season in my foibles. Why do I get so uncomfortable about matching my kid? I mean, he’s much cuter than me. Frankly, he’s doing me a favor, not the other way around.

“Most parents believe that their children are a reflection of how good a parent they are, so their embarrassment is actually self-created,” Orkowski said. “I doubt if anyone has ever been approached by another parent and criticized for dressing their child in the same fashion that they are dressed.”

Yes! There was the clincher. The antibiotic to my match-o-phobia. A lot of my anxiety stemmed from wondering what others thought. Now, armed with a few choice words and 40 years’ experience soothing parental tics, Dr. Orkowski helped me realize that nobody cares how my kid and I dress.

It sounded so dumb and elementary when it was out in the open. But, sometimes the simplest answers are the hardest to see. Essentially, it’s a fatherly update on that old Dance Like Nobody’s Watching t-shirt. Which, itself, makes a nice parenting philosophy.

Unless, of course, you’re actually dancing in public.

Patrick Wensink (@patrickwensink) is the author of the bestselling novel Broken Piano for President and the essay collection Everything Was Great Until it Sucked. His essays have appeared in the New York Times, Oxford American, Salon and many less-reputable sources. He lives in Louisville, KY.
View all posts by Patrick Wensink →
This entry was posted in Memoir and tagged Children, embarrassment, parenting, psychology, zoo. Bookmark the permalink.