Jose Padua’s poetry, fiction, and nonfiction have appeared in publications including Bomb, Salon, the Brooklyn Rail and Washington City Paper as well as the New York Times and anthologies like Up is Up, but So Is Down: New York's Downtown Literary Scene, 1974-1992. After living in big cities like Washington and New York all his life, he now lives in the small town of Front Royal, Virginia, where he and his wife, the poet Heather Davis, write the blog Shenandoah Breakdown, link. 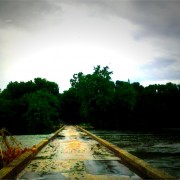 If The River Was A Confederate Flag

Jose Padua finds that the Civil War is hardly over in his hometown, and standing one’s ground, might be something like a smile, which isn’t exactly well received. The state of race in the South… Continue reading → 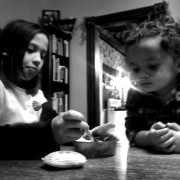 The Fat Wallet of the Spirit

Dads, death and father’s day, Jose Padua meditates on his father and loss and the hopes that we keep despite all else. Continue reading → 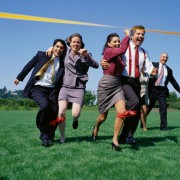 My Brief and Brilliant Career As a Corporate Bush Leaguer

No climb up the corporate ladder is complete without the company picnic. The undoing of Jose Padua and his career in direct marketing. Continue reading →