Philip Marsh is a graduate of the Creative Writing MA course at the University Of East Anglia. His story "A Betrayal Of Doubt" was published in Further Encounters Of Sherlock Holmes (Titan Books, 2014), and he has contributed essays to a forthcoming academic study into the use of politics in British telefantasy in the 1970s and 1980s (Cambridge Scholars Publishing). He grew up in Grimsby and now lives in Manchester. 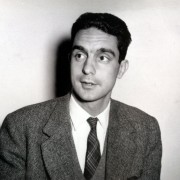 Nonexistent Knights: Italo Calvino, Richey Edwards and the Identity of the Writer

Mysterious disappearances. The Manic’s Richey Edwards dropped off the face of the earth. Calvino shape shifted. What does it offer an author. Philip Marsh on the I and voice of writing. Continue reading → 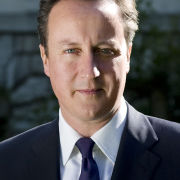 No One Would Riot for Less: the UK General Election, “Shy Tories” and the Eating of Lord Ashdown’s Hat

The unexpected victory of David Cameron’s Conservatives in the UK election is the British version of the Bush win in 2004. Philip Marsh explains. Continue reading → 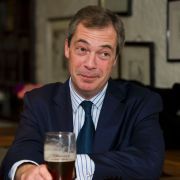 Europe’s Food Town: A Memorial, an election and the “C” word (Class)

Labour and Race: Philip Marsh on how one former fishing town became the swing district in this week’s UK parliamentary elections. Continue reading →