Richard Edson is an actor, musician, writer, photographer, and film maker. As an actor, he has appeared in over seventy-two movies and TV shows, including Do the Right Thing, Stranger Than Paradise, Platoon, Ferris Bueller's Day Off, and Dutch Book. As a musician, he was a founding member of Sonic Youth, and played in seminal NYC funk collective Konk. His photos and writing have appeared in Wax Poetics and Skin & Bone. He recently wrote, directed, and starred in the short film New York Nocturne and is at work on a novel entitled The Pit. 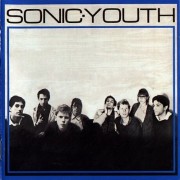 You’ve seen Renaissance man and esteemed guest Weekling Richard Edson onscreen in Do the Right Thing, Platoon, Stranger Than Paradise, and dozens of other films, but you probably don’t know he was the original drummer in seminal NYC post-punk noise mavens Sonic Youth. In this fascinating slice of life, he shares his riveting account of being a participant in several crucial music movements at once. The arty, funky, early 80s East Village lives again! Continue reading →