Holly George-Warren is an award-winning writer, editor, book packager, producer, and music consultant. She is currently working on a biography of Janis Joplin, which will be published by Simon and Schuster in 2017. She is also the author of A Man Called Destruction: The Life and Music of Alex Chilton, From Box Tops to Big Star to Backdoor Man (Viking, March 2014), recently published in paperback. 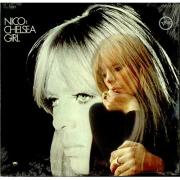 My Night with Nico

What does one do when Fellini movie star, Warhol icon, former bedmate of Jim Morrison, Iggy Pop, and Jackson Browne, and frontwoman of The Velvet Underground leaves the methadone clinic and walks in to your waitressing gig? Holly George-Warren, eminent rock scribe and esteemed guest at The Weeklings, was still slinging hash when she crossed paths with the chanteuse/muse in late seventies Manhattan, but she did not let the opportunity pass her by. Continue reading →