Sam Behrens is a master’s candidate at NYU’s Arthur L. Carter Journalism Institute, with a concentration in Cultural Reporting and Criticism. He hails from Kansas City, and used to be a classically trained violinist. He’s still a poorly trained guitarist and an untrained bassist. He’s a soccer geek, he supports Tottenham Hotspur. He’s prone to the occasional nerd-out when a new album leaks and his iTunes library is a magical place where rappers rule the world and lyrics flow freely. Follow him on twitter @samknowswords if you believe in America. 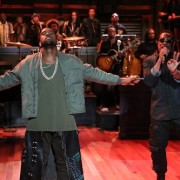 Sam Behrens expounds upon the nuances of live hip hop, and what Eminem and Kanye can — and can’t — teach you about the art of performance.
Continue reading → 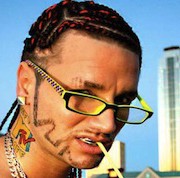 Sam Behrens discusses the enigma of hip hop’s mythical unicorn Riff Raff, Andy Warhol, the “Rap Game”, and how packaging — not content — is the key to success in the music industry. Continue reading →