Lawrence Benner squandered his early years as a punk guitarist and chapbook-slinging street poet in the Mission District of San Francisco. He did a decade as a subway musician in ex-Communist East Germany, worked as a zusammenfassung schreiber for the legendary Schaubühne am Lehniner Platz in Berlin, and went on to write, produce, and direct three failed low-budget films for the independent production company Buried Pictures. (In reference to his 2002 film, Ether, actor Willem Dafoe scribbled, "Liked it" on a yellow Post-it note.) Mr. Benner has been a Weeklings contributing editor since 2012, and when he isn’t writing this bio, he can be found hard at work on his debut novel, Memorial World. He lives in Asheville, North Carolina with his common-law wife and three insubordinate cats.

Eric Buchanan Is A Man With A Heart, Like Anybody. Maybe Even More So.

“I don’t put limits on myself, and I feel like I can—and I will—paint anything I want to, anything I can think of, and try any experiment I want. I don’t feel like I’m owned by pressure from a gallery to make this certain type of thing that sells, and stick with that because anything else will confuse people. I don’t care. I like being an independent because I don’t care if it confuses my audience. This is what I like.” Continue reading → 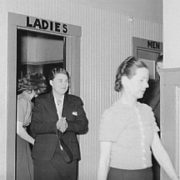 During the Great North American Blizzard of 1996, while I was stranded for several days in the Greyhound Bus Terminal in Charlotte, I masturbated out of boredom to an L.L. Bean catalogue. Continue reading → 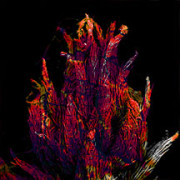 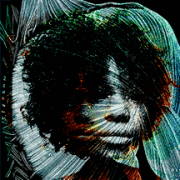 find your fingers at the ends of your hands and push, long dark shadows peeling away, faces washing in and out with the surf, sea foam like tiny metallic cake decorations, asphalt gives way to gravel, children in choirs singing, … Continue reading → 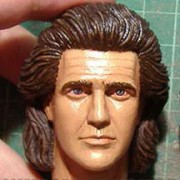 Mel Gibson as symbol—a carefully constructed image of heroism and virtue undermined by a poorly concealed ugliness—is America. Not as we like to see ourselves, but as we truly are—primitive, bigoted, enthralled by superstitions, waving our flags in the blind certainty that we are the greatest race of beings that ever erected a colonnade or scribbled guidelines on a spool of parchment. Continue reading → 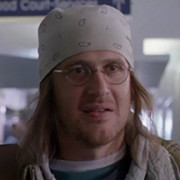 THE MARTYR WITH A THOUSAND FACES

Sometimes, the actors are so distractingly famous that latex appliances are required to aid in the suspension of disbelief. Nicole Kidman glues on a prosthetic nose, fills her pockets with rocks, walks into a pond . . . and Oscar history. Continue reading → 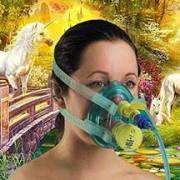 The Song Of Sloth

Maybe The Sleepytime Bear is actually some sort of REM sleep vampire who feeds on the delta brainwaves of insomniacs, keeping them asleep long enough to feed, while their life force slowly ebbs away. On the astral plane, he flies out in darkness on great bat-like wings, scouring the countryside, the valleys and thoroughfares of the night echoing with his bloodthirsty cries. Continue reading →